New Features in HELIOS Base UB2

HELIOS PDC Logon is installed as a Windows service which can be stopped or started with the net stop/start heliospdclogon command.

In Windows, domain users can be members of many groups. In contrast, some UNIX variants only allow a very limited number of groups per user. To overcome this hurdle, HELIOS PDC Logon can report to the “authsrv” only a subset of the groups PDC users are members of.

The group files must be UTF-8 encoded. The files have to start with the magic line: # heliospdclogon filter file. The groups must be listed line-separated.

HELIOS PDC Logon needs to be restarted if the group filter files were changed.

Mapping of Windows SIDs to UNIX user and group IDs

HELIOS Base UB2 for Windows

The Microsoft C runtime “vcredist_x86.exe” installer is not needed anymore. The new HELIOS UB2 based products include the required C runtime DLL in the HELIOS library folder. 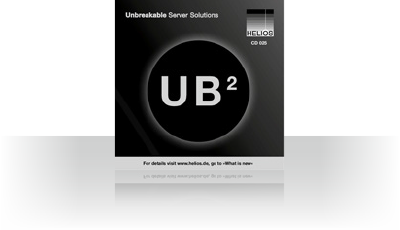